Still on RRC 372/1.  (See previous post).  I am worried that the togate figure (be he Servius or not!) does not have his head covered while he’s using the priestly implement, we now know as an aspergillum (not a real Latin word!), to sprinkle the heifer.  Which got me on to the worship form for Diana at the Aventine, which brings me to a bunch of well known inscriptions. 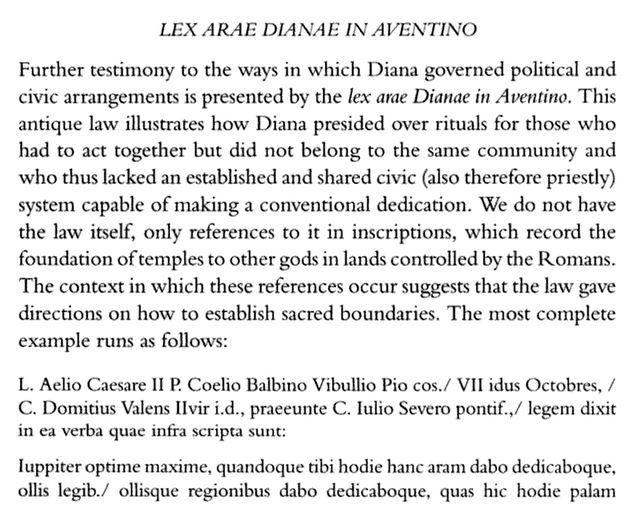 Ando (besides this below, he also have as whole article dedicated to Diana on the Aventine):

Also see Goldhill on local identity using this lex as a case study.