This is taken from Koortbojian‘s The Divinization of Caesar and Augustus, p. 61ff. 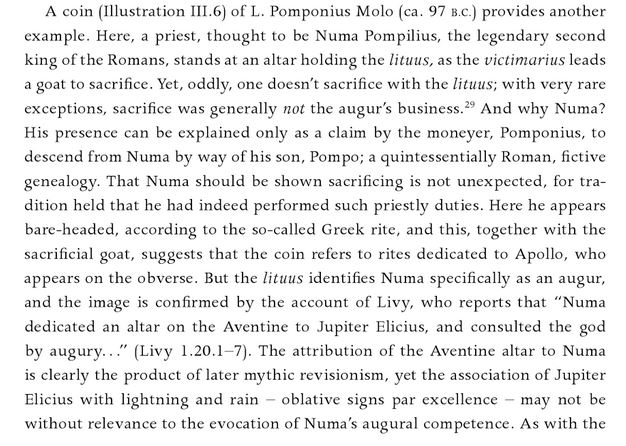 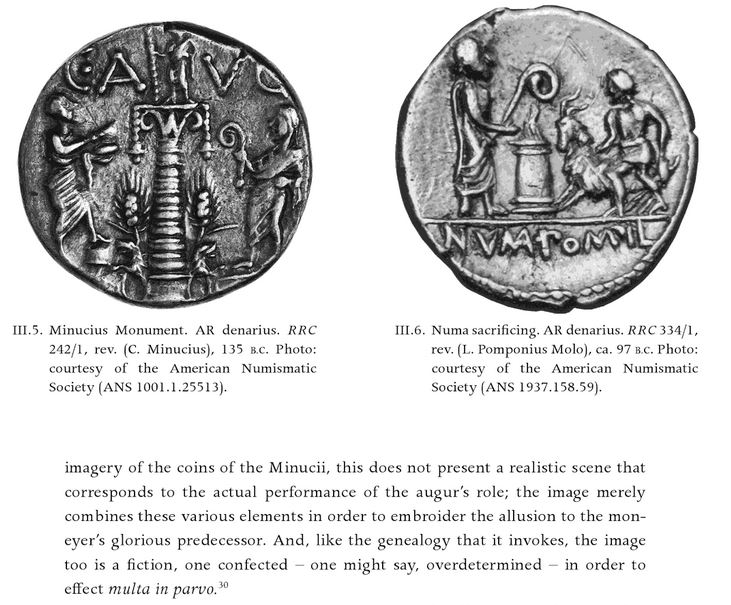 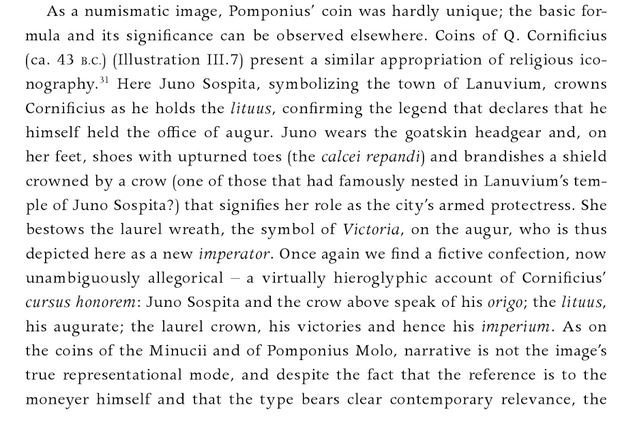 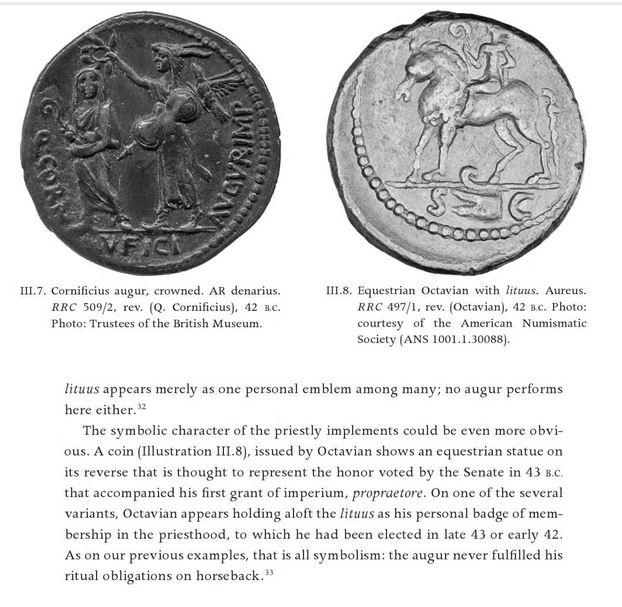 In Rome likewise a sacred hut of Mars, built near the summit of the Palatine, was burned to the ground together with the houses round about; but when the area was being cleared for the purpose of restoring the buildings, it preserved unharmed in the midst of the surrounding ashes the symbol of the settlement of the city, a staff curved at one end, like those carried by herdsmen and shepherds, which some call kalauropes and others lagobola. With this staff Romulus, on the occasion of taking the auspices when he was intending to found the city, marked out the regions for the omens. (Dion. Hal. RA 14.2.2).

We often see the lituus on republican coins and interpret it as a symbol of an augurship in the family or of the money himself.  I thought I’d just file this passage away here, so that I keep in mind that at lease in the Augustan era it was associated with the city founding and the pastoral origins of Romulus, and that Dionysius gives us here a variety of Greek names for the implement (Greek below).  In this fragment the survival of the lituus is compared to the survival of the sacred olive tree on the acropolis in Athens, a symbol of the life of the city itself.  This seems to me to indicate that the lituus might just be able to be read as a symbol of Rome itself…at least to some Greek scholars residing in Rome at the end of the first century.

And whence, pray, did you augurs derive that staff, which is the most conspicuous mark of your priestly office? It is the very one, indeed, with which Romulus marked out the quarter for taking observations when he founded the city. Now this staff is a crooked wand, slightly curved at the top, and, because of its resemblance to a trumpet, derives its name from the Latin word meaning ‘the trumpet with which the battle-charge is sounded.’ It was placed in the temple of the Salii on the Palatine hill and, though the temple was burned, the staff was found uninjured.

Then dismiss Romulus’s augural staff, which you say the hottest of fires was powerless to burn, and attach slight importance to the whetstone of Attus Navius.

Greek of DH quoted above: