So I’m teaching the six day fire of Rome in the reign of Nero in 4 hours.  I thought I’d mug up a bit on the history of fire-fighting at Rome so that I could answer questions and contextualize (and anyway I like the republic best so often end up looking backwards in my Empire course).

Everyone KNOWS that Crassus is where the history of fire fighting starts in Rome.  (I thought) I knew this too this morning when I went to check references. 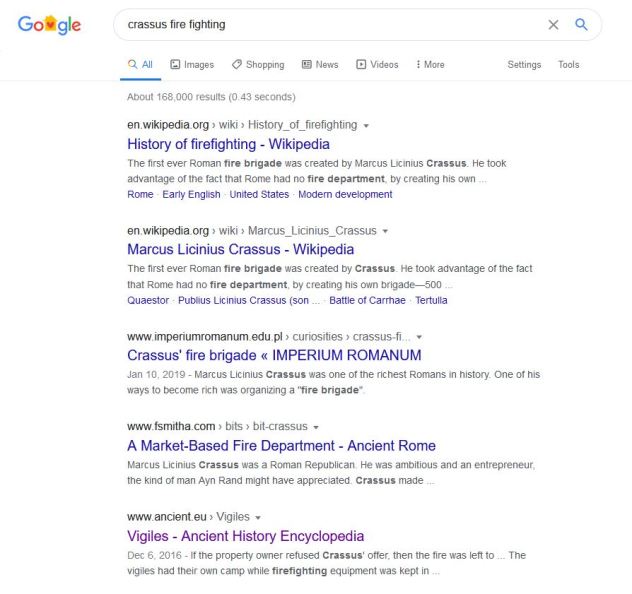 I teach from primary sources so I needed a reference.

…observing how natural and familiar at Rome were such fatalities as the conflagration and collapse of buildings, owing to their being too massive and close together, he proceeded to buy slaves who were architects and builders. Then, when he had over five hundred of these, he would buy houses that were afire, and houses which adjoined those that were afire, and these their owners would let go at a trifling price owing to their fear and uncertainty. In this way the largest part of Rome came into his possession. But though he owned so many artisans, he built no house for himself other than the one in which he lived; indeed, he used to say that men who were fond of building were their own undoers, and needed no other foes. 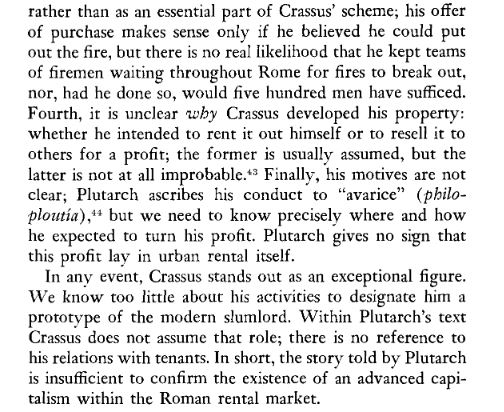 So where the heck did Crassus the fire fighter come from in our historical “truths” ?! Once I figure it out I’ll let you know. …

Okay, now just one hour to class time but I chased down another reference, but it still doesn’t actually suggest Crassus did this for profit, but rather self protection like many private house holders (Juvenal 14): 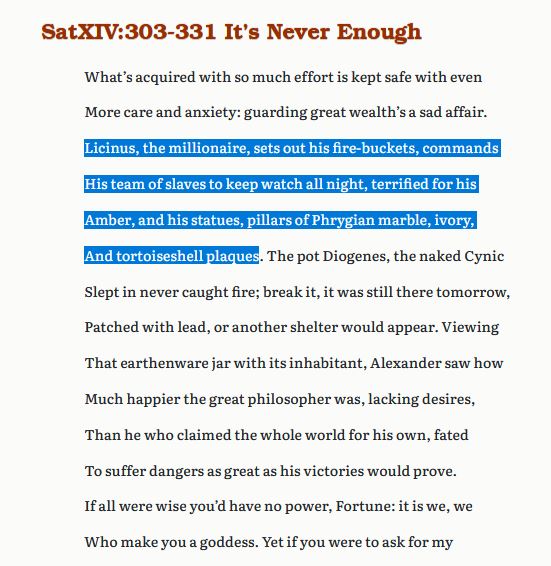 AND when you combine this with the statement in Justinian’s Digest (1.15.1) that there were for profit fire brigades the assumption that Crassus operated one makes more sense, although we don’t really have any direct testimony that he did.