Tellus Stabilis is a goddess from the coinage from age of Hadrian onwards.  Notice she is not holding a rake as the catalogues say, that’s a yoke. 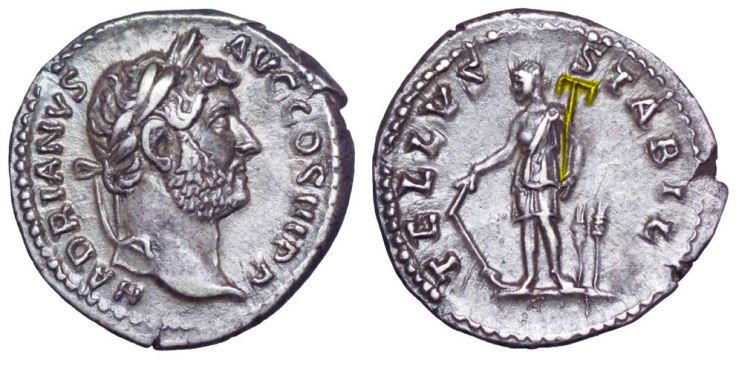 The other attributes are the short tunic of the farmer, the plow and two ears of grain.

This adjective and noun combination don’t appear in the extant corpus of classical literary Latin or the corpus of published inscriptions.  What does appear in epic poetry is the instabilis tellus!  Both Silus Italicus’ Punica and Ovid’s Metamorphoses, both in cosmological scenes.