This OLD POST has inaccuracies, but I’m leaving up for archival purposes. PLEASE USE NEW POST ONLY.

I generated this map and list of find spots based on Burnett and Molinari 2014, Burnett 2006, and Burnett 1977.  Below is the list of locations.  I don’t claim this is complete, but it is certainly a useful way of visualizing the data for a historian.  Compare this to the map of the Via Appia and Colonization in the late 4th early 3rd Cent.  Bear in mind the road was not built all at once: to Capua (312BCE), prolonged to Venusia (291), Tarentum (281), finally Brundusium (264).

These are maps made by others (mine above leaves some colonies out): 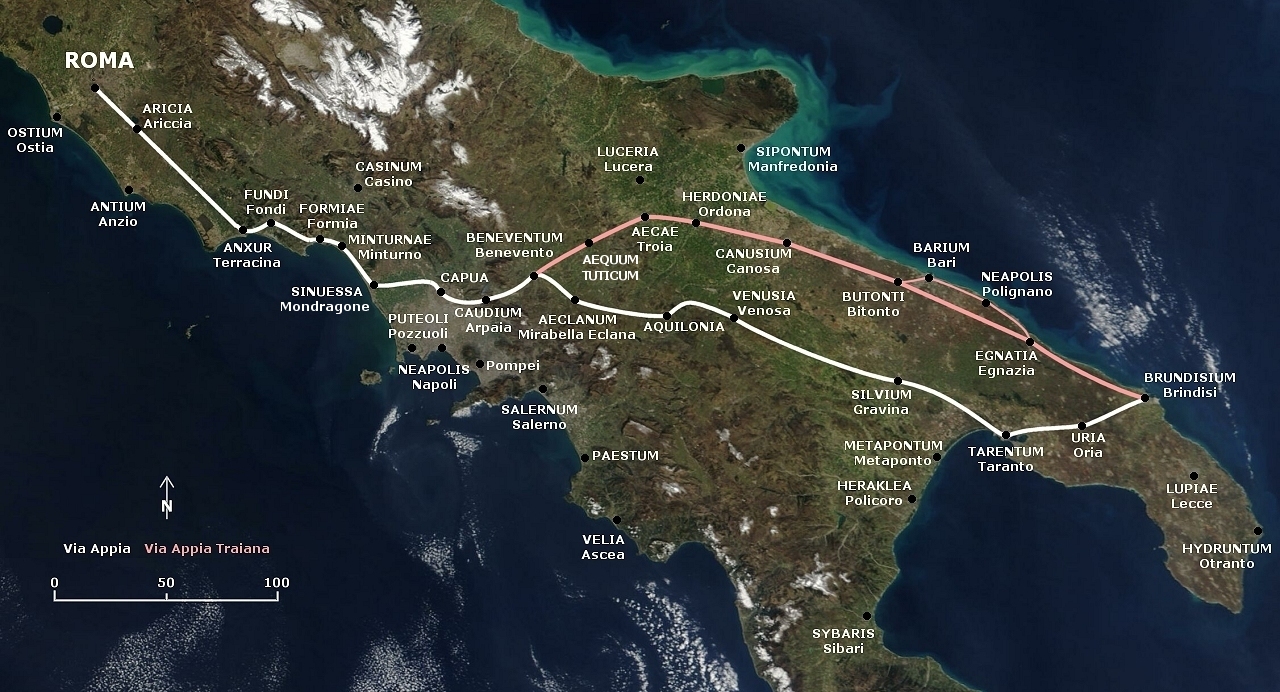 On the whole the distribution of the coinage seems better correlated with the area surrounding of the via Appia.  I want to map pegasi finds in main land Italy next…