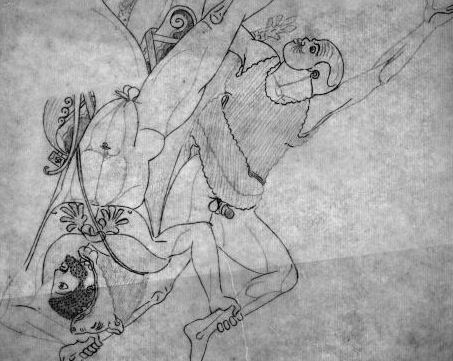 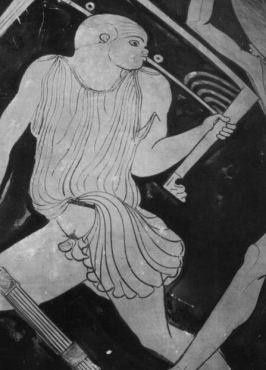 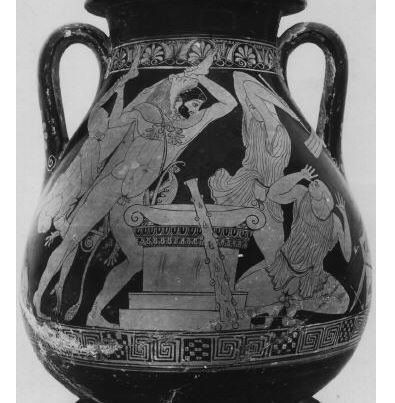 These are images of Beazley Archive 206325= Athens, National Museum, 9683.  I wanted to think a little more about the myth of Herakles and Busiris and especially what the artistic tradition says about it in contrast with the literary sources (summarized here).  Basically, he’s an evil king of Egypt who sacrifices humans and Herakles puts a stop to it.  His attendants are often represented with stereotypical sub-Saharan African features.

The vases are likely to have strong relationship with the theatrical tradition of the play.  The above image struck me because of its use of facial features to differentiate Greeks and Africans but not skin color.  The other major distinguishing feature is the emphasis on the penis.  Herakles is a ‘proper’ small uncircumcised non-erect phallus.  The African are represented not as ithyphallic like satyrs or other some pygmies, but instead as non-erect and circumcised!  The hitching up of their tunics to reveal this feature is likely to be a borrowing from the stage, but this vase tells us something of the Greek conflation of cultural practices when thinking about ‘The Other’.