Do you think that nice Roman general is gently lifting up that distressed provincial woman? Is this our Roman good deed of the day? Is the moneyer celebrating his grandfather’s lending a helping hand to Sicily during the slave revolts?  I think not.  Let’s look at another specimen:

No eye contact. In fact the heads are facing in different directions.  I’m thinking the standard interpretation is a little too romanticized, influenced perhaps by ideologies espoused by modern apologists for colonialism.  This looks to me like a figure group composition based on the Achilles-Penthesilea model which became pretty popular in the Imperial period: 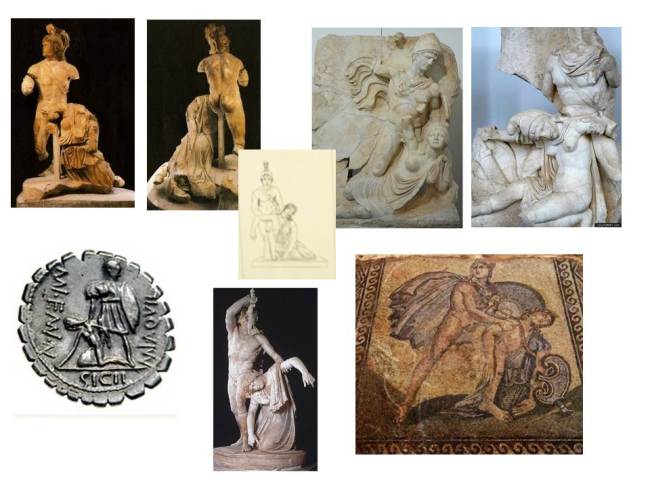 The moneyer would rather have a grandfather that conquered Sicily rather than one that just put down a mess of slaves.  And, given the scale of the rebellion and how it included non-slaves (Diod. 34/5.2.48 amongst other passages), that representation need not be considered a complete fiction.