“The coins may well represent the victory arch at Ostia of…

Very plausible.  But this ‘near Ostia’ business had me worried.  A little Livy (7.17) cheered me up:

This led to a rising of the whole of Etruria, and under the leadership of the Tarquinians and Faliscans they marched to the salt-works (salinas). In this emergency C. Marcius Rutilus was nominated Dictator—the first Dictator nominated from the plebs—and he appointed as Master of the Horse C. Plautius, also a plebeian. The patricians were indignant at even the dictatorship becoming common property, and they offered all the resistance in their power to any decree being passed or any preparations made to help the Dictator in prosecuting that war. This only made the people more ready to adopt every proposal which the Dictator made. On leaving the City he marched along both banks of the Tiber, ferrying the troops across in whichever direction the enemy were reported to be; in this way he surprised many of the raiders scattered about the fields. Finally he surprised and captured their camp; 8ooo prisoners were taken, the rest were either killed or hunted out of the Roman territory. By an order of the people which was not confirmed by the senate a triumph was awarded him.

Here’s a handy map to help visualize the geography. 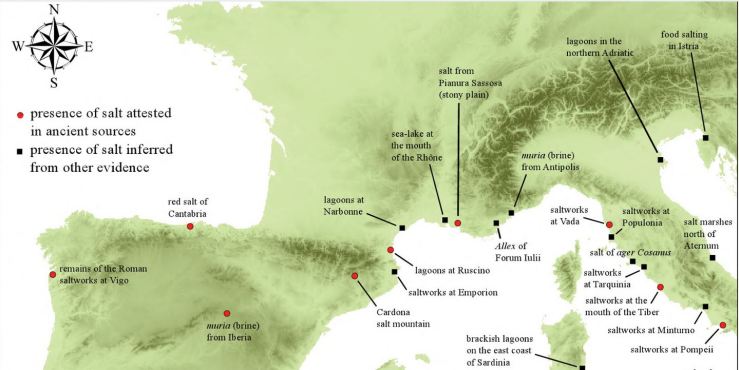 This is all in relationship to these asses (RRC 346/3 and 4) on which I’ve written a bit before.