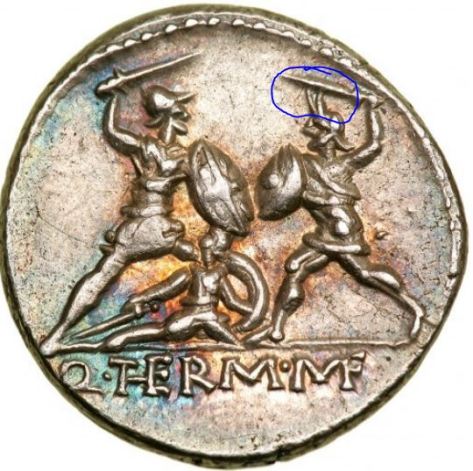 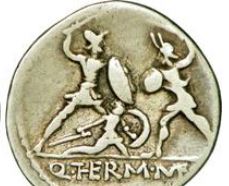 These examples were all plucked off acsearch.info and are thus from auction catalogues.  They just supplement the many images available on CRRO for RRC 319/1.  Anyway I just want to note that the right hand figure, which Crawford identifies as a barbarian soldier is probably meant to be a Macedonian.  The round shield is one hint.  As are the horns on the helmet, this may even mean a royal Macedonian is meant (see earlier posts).  I think the strong diagonal element across the figure’s chest may be trying to represent a chlamys (Macedonian cloak).

Cf. Alexander’s chlamys on the so called Alexander Sarcophagus

And the left hand figure’s chlamys in this Pella pebble mosaic: