This is a little problem specimen I got obsessed with.  I need to move on so I’m just throwing up some material here in case I want to return to the problem later.

My guess is that this is a Dacian imitation made from dies created by hubbing using a genuine Roman Republican coin and then recarved to improve the impression or quality of the imprint.  (More on hubbing in Dacia from a scholarly perspective, here.)

My little obsession was to see if I couldn’t prove this hypothesis via a die link.  My two big clues for the obverse was the large amount of space below the busts  and the edge of the flan and the little lump of what I think is beard on the cheek of the woman.  Circled in red in this pic: 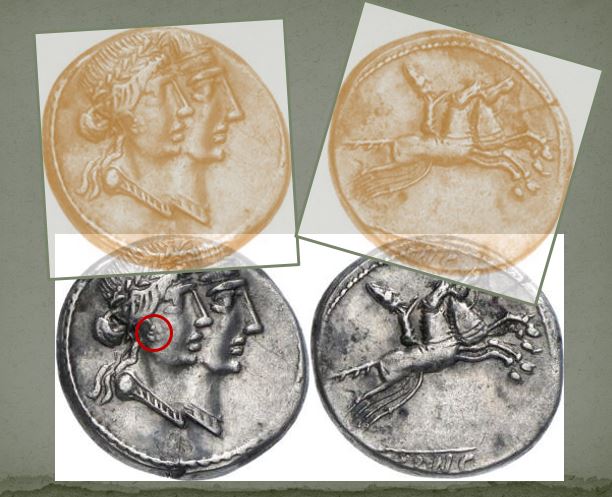 I thought I might have spotted a die link even through the distortion created by hubbing and recarving. So I created the transparency to aid my visual comparison.

I’m not a hundred percent convinced after comparing it with two die linked specimens of the original type (specimen 1, specimen 2) which might have been die linked with the hubbing prototype of this imitation.  But, I think it’s still a likely hypothesis.  And I need to move on with bigger questions for now.