One of the things I find most curious about private Roman art is how images correspond across vast distances of time and space.    We often talk about this in relation to Roman ‘copies’ of original Greek statues, but less so for 2 dimensional art.  Interestingly in 2D works the composition often echo rather than copy.

This is from the 1st Century AD Bay of Naples (now inv. no. 9110 in the Naples collection): 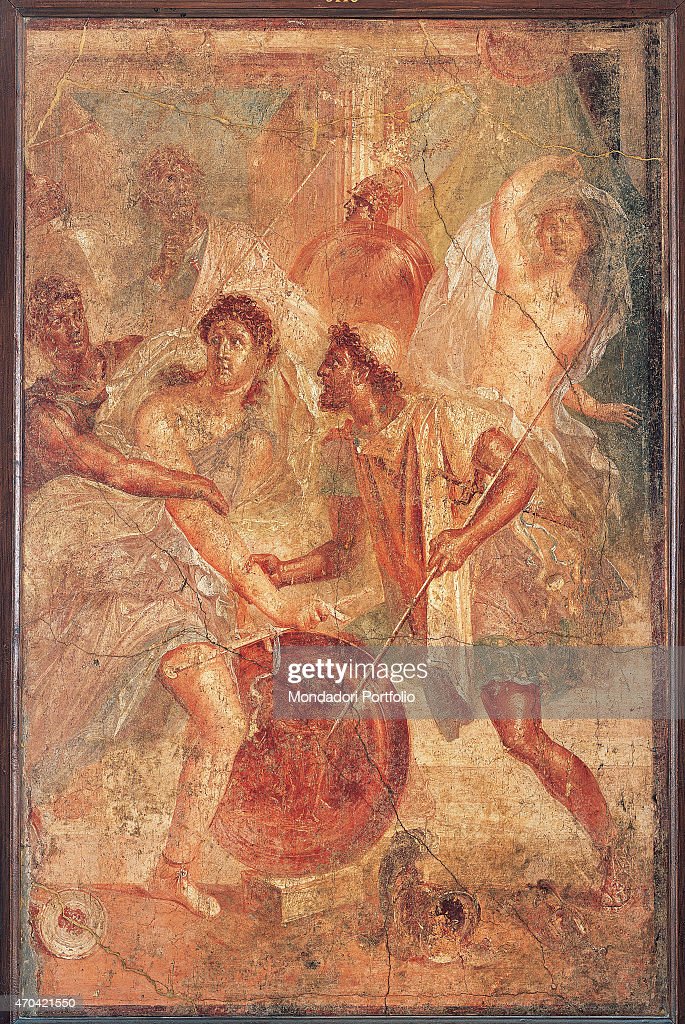 This is the same subject represented at Zeugma on the Euphrates in Mosaic some 200 years later. 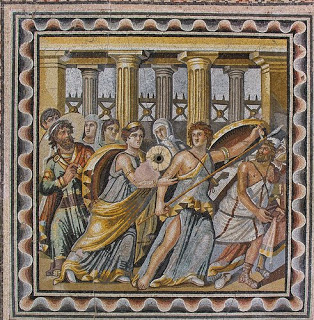 The theme of both is Achilles among the daughters of Lycomedes, a cross-dressing hero narrative not unlike Herakles and Omphale.  A nice teaching example again for gender and sexuality.